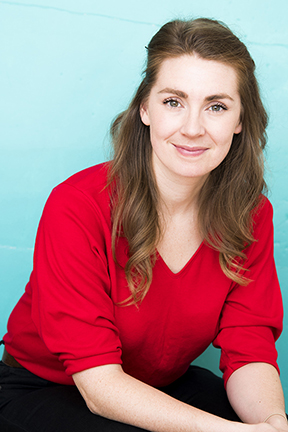 Joanna grew up in Kingston, Ontario surrounded by music. She first found her passion for musical performance at age 9, when she she took the stage as "orphan with eye patch" in Oliver!.  She studied musical theatre performance at Randolph College for the Performing Arts and has worked professionally in the arts and music community since graduation.

Currently Joanna can be found hosting Music and Truffles, a classical concert series for kids. She also takes the stage once a month for Musical Hangouts with Joanna Kellam at Solar Stage Children's Theatre. When she isn't singing, Joanna can be found crafting macrame art and other textile creations, which sell at the Arts Market in Toronto's East end.

Joanna believes that through music we can find our true voices and have confidence in sharing them, so she is thrilled to be nurturing young voices with Rainbow Songs