Rainbow Songs is adapting to COVID-19. Enroll now for an online class this spring 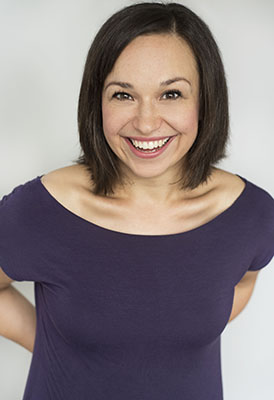 Born and raised in the Annex neighbourhood of Toronto, Léa has lived and loved music her whole life. She grew up in a musical theatre-loving family, played the clarinet in school, sang in choirs, attended summer drama camps and picked up the guitar at age sixteen. Léa also trained for close to ten years as a competitive gymnast.

While completing her Honours English degree at McMaster University, Léa often performed as a singer-songwriter in bars and cafés, and discovered her passion for musical theatre at this time. She went on to pursue performance professionally and graduated from Sheridan College's prestigious Bachelor of Musical Theatre Performance program. Léa then spent several years working as a theatre and television actor. Performance credits include working at the Stephenville Theatre Festival in Newfoundland, touring a bilingual musical to Ontario elementary schools with Little Red Theatre, Smile Theatre, The Hogtown Collective, Dora-award winning immersive production “Brantwood” (Sheridan College), a principle role in an episode of Paranormal Witness on the Syfy Network, and providing the singing voice of "Emma" on Family Jr™'s TV show Little People. Léa also recently became a certified 200 hour yoga teacher.

Léa truly adores working with children and young families, as well as building community through music. She is elated to have found a home with Rainbow Songs, and she cannot wait to make music with you soon!